Cargo is a Resource produced by Caravanserai and Docks. Production of Cargo is unlocked by the Knowledge Portage.

It is used to generate trade routes between your Territories, which enables you to transfer Resources between them.

Later on in the game, once you have unlocked the Knowledge Coinage, and have the Coinage policy enabled, you can create routes between other players you have a Trade Treaty with.

Each Resource has its own cargo cost per unit transferred.

Cargo costs are multiplied by the average distance between source city, destination city and cargo city. 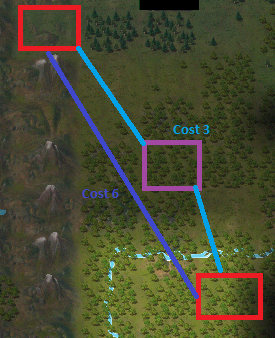