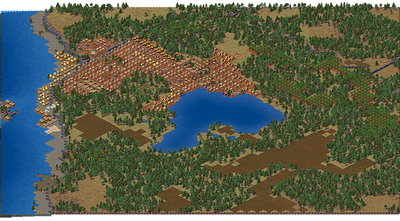 Territories represent a tile on the World Map. They are claimed and settled by players in the game.

Controlled territories can be one of the following types:

Territories have the following attributes:

Administration represents your Governments' management capacity in the territory.

It can be generated locally through buildings such as a Community Hall, or Scribes.

Local population and buildings will have an impact on Administration:

The following attributes have an impact on a Territory.

Administration is impacted by the following properties.

Conflict is impacted by certain Policies that are set for the nation.